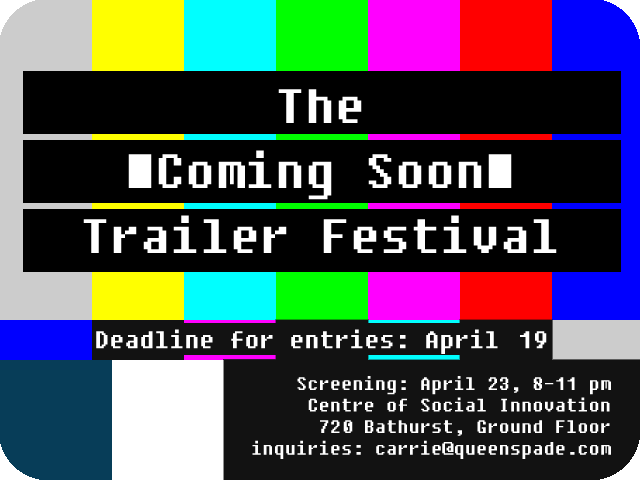 Let these teasers tease you!

The “Coming Soon” Festival was an annual night of web series/film trailer and teaser screenings that ran from 2013-2015. Carrie Cutforth produced the screening nights to celebrate the fantastic community of Canadian web series/film creators in response to various funders and organizations requiring a trailer or teaser to be included with not-yet-produced series applications for financing. It was also a good excuse to drink beer with each other, and was the first of its kind festival to devote exclusively to showcasing trailers.

Watch the playlists for the first year of trailer screenings here and here.