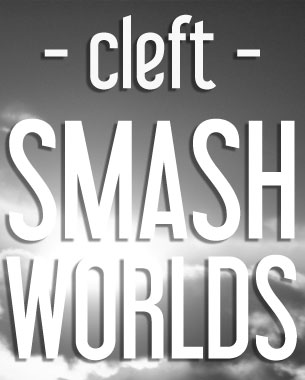 This is a story about finding lost.

Allow me to begin with a disruption, an interruption of form, to throw you off your horse, throw you down, and hopefully, by the end, overthrow.

“If you haven’t noticed I have a horrible tendency of beating a subject to death with a horse,” I had just said to Rhys in a brilliant moment of Red Bull + Vodka + two-hours-sleep-a-night post Storyworld exhaustion.

This story is meandering and sometimes goes off track. And doesn’t lead to a finite end point and I’m content with that. And maybe I will lose you along the way and that’s okay. But I do hope you soon find lost too.

“Did you just really say: you beeeeaaaat a subject to deeeeaaath with a….horse?” Rhys asked.

The stretch on Hollywood boulevard between my hostel and the *prestigious* Loews hotel where the Storyworld conference was booked is what you would expect if comic convention had just shat itself.

Daily for three days, I pushed through the heavy pervasive immersive spectacle with my too-small yet righteous styling glitter bluebell heels in hand and colourful socks of emotion on feet, flapping on alternating Hollywood stars between culturally-relevant dead celebrities and culturally-dead living celebrities.

“Ha!” I snorted, “I actually did. I almost like it better that way.

And daily I pushed through the crowds of now-beached riffraff that several big storyworld franchises have vomited out onto Hollywood Blvd, costumed creations washed ashore onto the Hollywood squares like little Jonahs recently spat out by their respective whales, dripping in the slick afterbirth of crass commercialization. Or Pinocchios to stay on brand point. That bizarre comic-con mix gone wrong — sooty suited Spidermen with Batman bang bang and a mangy Minnie mouse drooping in the hot Los Angeles sun against not one but three drunken Jack Sparrows arguing over turf (only amicably and I so decide they do not behave at all like *real* pirates).

I pass by Chinese Theatre. If I cared to stoop low I would be able to place my hands into the forms of the impressions left of those once famous enough to warrant immortalization in concrete although now often completely forgotten by the pop culture.

“How about we go back to your room and I show you how to fill in your negative space?” #transmediapickuplines

I could fight the competition of tourists to snatch a rarified moment and fill their absence manifested in archaic smooshed concrete with my presence. I could trace my fingers inside those of forgotten giants to snap an instagram that stood as an article of the social media archive: proof my fingers had been where theirs had once been. Leaving a living black patina build-up of my trace and all those who touched the hands before me. And if I were to do so and then draw back my fingers I wonder if the burgeoning void would be filled with my negative space.

But instead I ignore the concrete imprints deciding it is better to smash my fists through the concrete creating my own impressions if I had to. So I kept on walking.