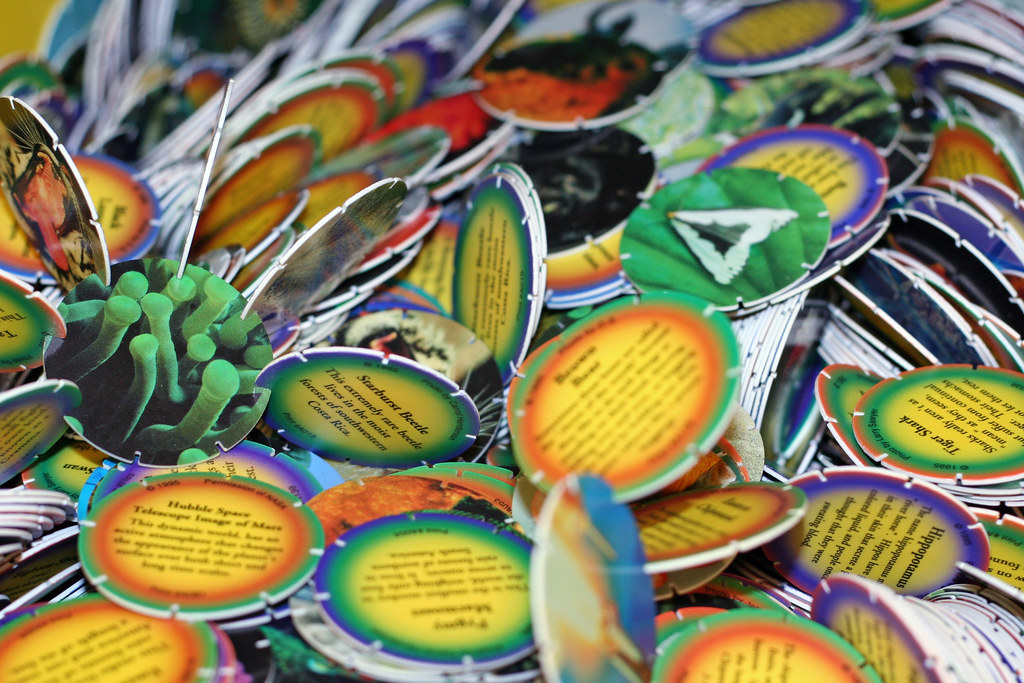 Are Bitcoins the New Pogs (No, Really)

Hah! Of course not! You’re Millennials…

Remember POGs?  (Imagine me saying it all Surfer Dude like: “paaaawwwwggggz”).

Yeah, bra…those things with the thing? Made out of cardboard and the sweat of third graders everywhere.

For the uninitiated, POGs first became a thing in the 1920’s in Hawaii, when the game employed cast-off milk caps recycled as game pieces.  But it was when POGs were repackaged to a whole new generation of kids (after a savvy O’ahu schoolmarm introduced the game to her fifth grade mathematics class in 1991) that they caught on like wildfire. Soon the company producing the milk caps couldn’t print them off fast enough. And before Janet Reno could be confirmed as the first female Attorney General, POGs had officially become the game du jour of the decade that brought you MMMbop and Billy Corgan’s shed tears stored in glass jars.

Soon enough there were Simpsons POGs, Power Ranger POGs, and MegaMan POGs. Even Scruff McGruff got in on the action to caution kids against the use of drugs (while teaching them the mechanics of gambling).

At the time, I was too busy listening to Sonic Youth and not shaving my hairy pits to get swept by the craze. I didn’t get the game mechanics but the mechanics didn’t matter: the real point of POGs was their collectability based on a model of scarcity. And what made them even cooler was negotiating them with one’s peers: other kids. There were more kids into collecting and trading “up” POGs than those who actually liked playing the game.

While POGs can be seen as a fad, what made them desirable was not the pieces themselves (which are let’s face it, dudes: milk caps with better marketing), but the ability for kids to play with a form of currency that bypasses the adult world: one that is full of esoteric rules and regulations that are inaccessible to most nine year olds. POGs, and other collector’s item crazes, introduced the fundamentals of economics to kids and the power of creating peer-to-peer networks and trading systems. And those fundamentals remain from fad to fad despite what craze it is. It doesn’t matter what’s being collected but how its collectors behave.

ARE BITCOIN’S A FAD?

It would be a mistake then, to see Bitcoins as a mere fad.  Bitcoins by their nature are a disruptive currency, bypassing centralized banking system and regulations. Just like POGs, there are no middle men taking a cut from your negotiations. There are no regulations just a pure free market based on peer to peer negotiations in an attempt to equalize the marketplace.

Understanding the trend towards Bitcoin usage is less in understanding the caveats developer Amir Takki employs: i.e. “a pure form of money with a mathematical basis,” and more about the social behaviours of those playing the system, those employing the mechanics of scarcity for leverage. Any mom whose watched kids negotiate in a high stakes game of Pokémon cards can “get” Bitcoins.

Or as my 17 year old son explained it to me as he was heading out the door: “Imma gonna go now to convert my cash into Bitcoins, my Bitcoins into Zen, my Zen into Dilithium, and then trade the Dilithium for Energy Credits and back to cash. I have it all worked out like Richard Pryor in Superman III.”

Earlier in 2014, Carrie wrote a series of articles for the platform New Hive. The first, Are Bitcoins the New Pogs, went viral and was featured on the front page of HackerNews. File that under things she never expected to happen in her career. New Hive commissioned three more articles: A Year in Review of 2014 from the Future and two on crowdfunding: How to Get Money From People like a Machiavellian and Run a Crowdfund Campaign Like a Horse Race (And Why You Should).

Read on New Hive
Date
December 19, 2019
Category
Articles & Essays, Humour, Tech
Clients
A Year in Review of 2014 from the Future Previous project
How to Get Money From People like a Machiavellian Next project
↑